A method or a function is the most important part of any object oriented language. A function / method can be defined as: a block of statements which perform a specific task. Methods describe the behavior of an object. Java method overriding is an important feature to create methods in a derived class. This method has the same name as that of method in parent class but with different functionality.

What is Method Overriding? 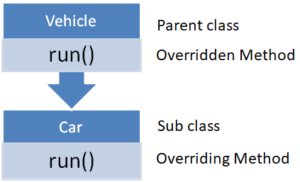 Method overriding is one way in which java achieves Run time polymorphism.

When overriding a method, some things need to be kept in mind. These are discussed below.

Let us consider a scenario where bank is the class which provides functionality of rate of interest and there are two subclasses overriding these rates with the rate of interest of their own. 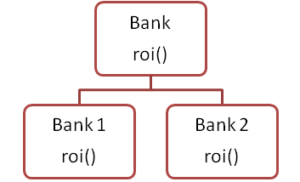 Here Bank is the super class and Bank1 and Bank2 extends the base class.