Skip to content
Home > Web Development > What is Java Server Faces and How to use it?
Published May 9, 2019 by Saket Dawgotra

What is Java Server Faces and How to use it?

Java Server Faces is an MVC based framework to design User Interface for Server Side Technologies. We can use UI widgets in server based event handlers. The Java Servlet container is used to run these applications. JSF provides core libraries, UI components and many more extended features to create a well defined UI for Web server applications. In crux, JSF or Java Server Faces is a standard technology which is highly used in the Java Developers Community. 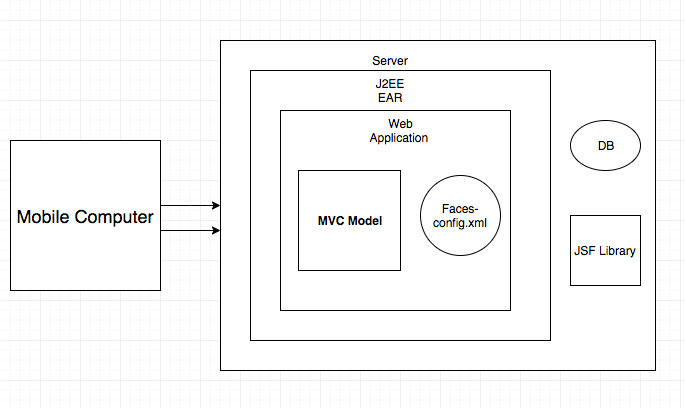 JSF is highly advantageous due to the following reasons:

JSF lifecycle contains 6 phases as mentioned in the figure below.

The basic requirement is to install the archetype-webapp plugin. The step by step implementation in given below for Windows Operating System using Eclipse IDE.